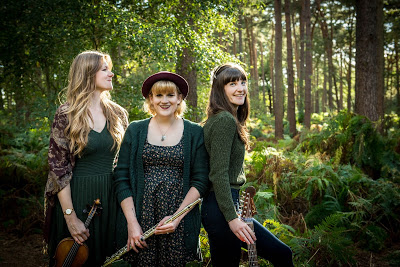 Said The Maiden are Jess Distill, Hannah Elizabeth and Kathy Pilkinton, three friends who discovered a mutual love of folk music when they reunited several years after spending their school years together in Hertfordshire.  After tentatively performing a few songs at their local Redbourn Folk Club, the group soon gained a great deal of interest on the local and national folk circuit, securing major support and headline slots at folk clubs and festivals around the country.

Floor spots will be limited on the night to the first half of the evening.