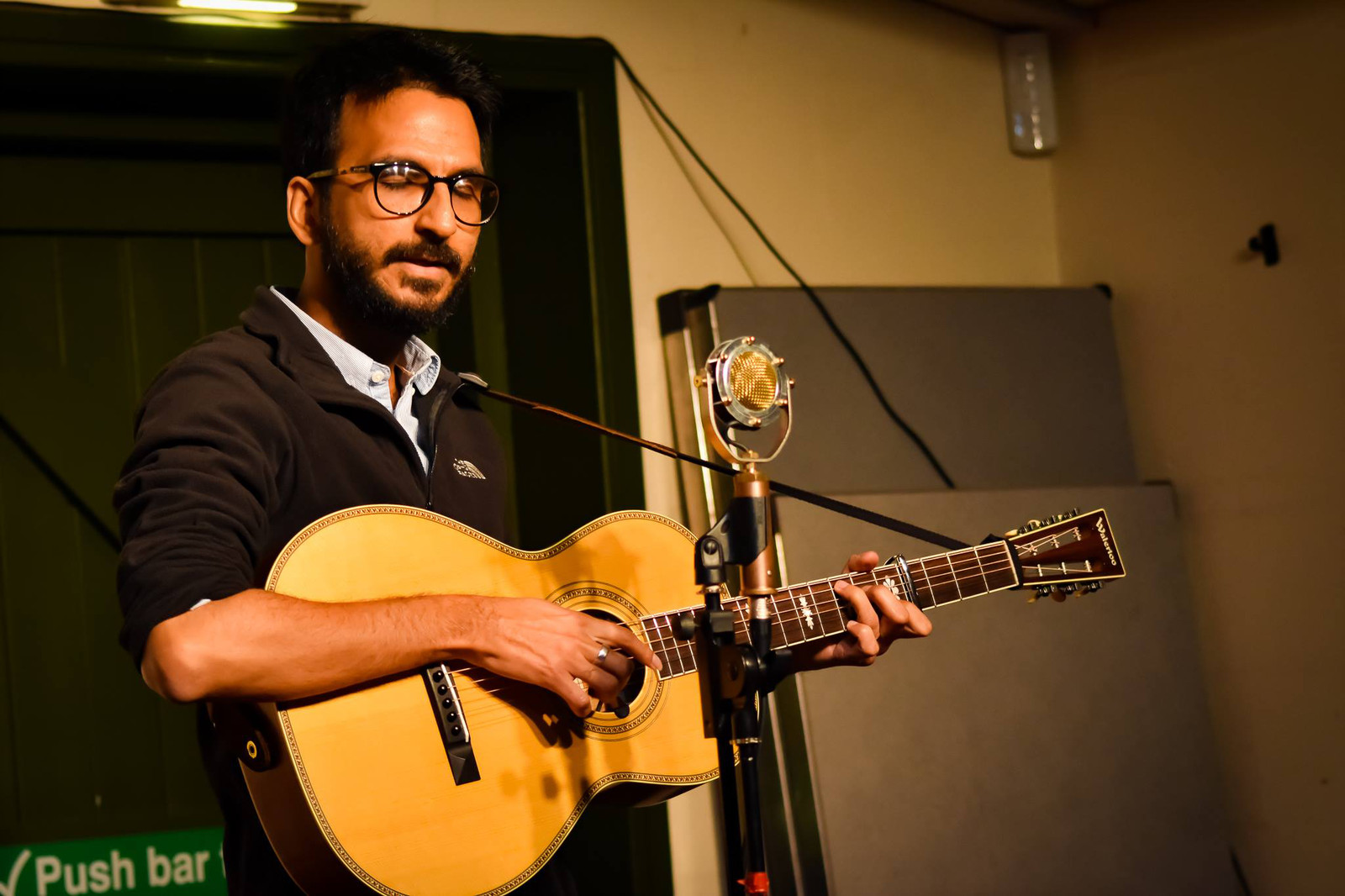 Amit Datani makes a very welcome return to the Shirley Folk Club, (135 Marshall Lake Rd, Shirley, Solihull B90 4RB) on the 4th October.
Amit is a singer songwriter known for his unique brand of roots-driven guitar and striking lyrical originality. Behind his raconteur spirit lies superb musicianship, nimble finger-picking and a versatility which has garnered a strong reputation on the live circuit, with over ten years performing across the UK and Europe under his belt.

His wry lyrics, mellifluous guitar and warm vocals come to the fore with his most recent release, Santiago – a collection of stripped back songs with just guitar and voice, garnering attention from the likes of Americana UK and fRoots, radio play on BBC 6 Music and BBC Radio 2 and a nomination for ‘Best Folk Act’ from the BMA Awards. Not one to miss this one!

Of course there will be two songs for everyone else as the doors open at 7.30 for a 8pm start.