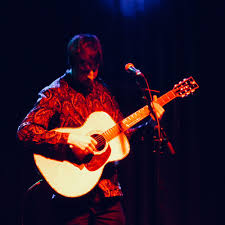 Our next Feature Guest at the Shirley Folk Club at the Red Lion will be no other than Amit Dattani. A singer songwriter known for his unique brand of roots-driven guitar and striking lyrical originality. With his raconteur spirit lies superb musicianship, nimble finger-picking and a versatility which has garnered a strong reputation on the live circuit, with over ten years performing across the UK and Europe under his belt.  And with a nomination for ‘Best Folk Act’ from the BMA Awards it looks like we are in for a real treat!

Of course the usual two song slots are available for those wanting to strut their stuff.

This message is only visible to admins.